When we think of luxury cars, we assume that discerning motorists will only want the latest cars. That might be true of some people, but others still lust after older models. One example that is the pure epitome of luxury and performance is the Toyota Supra.

Back in 1992, Toyota unveiled the “A80” shape or the fourth-generation Supra. You might not know it, but the model range dates back to 1978! For over ten years, the Japanese car maker produced many Supra high-performance sports cars.

Manufactured in Japan, the Toyota Supra offered drivers around the world luxury and power. Many fans of the model became upset at the news that the Supra would end production in 2002. There is much talk that Toyota is reviving the Supra model range. Especially with the various sports car concepts unveiled over the years.

There’s no denying that the fourth-generation Toyota Supra is an iconic and much-loved model. Despite the fact it’s 14+ years old, the car has luxury and performance still relevant today. If you’re unfamiliar with the Toyota Supra, let me explain more about its main selling points:

Curved contours that will remain a timeless style

You might think that a car with plenty of curves is a rather dated design. Especially as most modern cars have a boxier style. But, the styling of the Toyota Supra’s exterior will be a timeless classic. It’s a style that fits in well today. And, it will no doubt look just as good in the future.

An article on the Toyota Supra fastback will not be complete without talking about the engine! As standard, it came with 3.0-litre turbocharged power plant. The Japanese firm produced two variants of the engine. One had no forced induction; the other was a twin-turbo unit.

The naturally-aspirated model produced 220 brake horsepower as standard. Of course, the twin-turbo variant was more powerful at 326 bhp. It was the twin-turbo models that had the most success in the market. Especially as it could do a 0-60 mph time in only 4.9 seconds!

Both models were available with a six-speed manual gearbox. This was at a time where most manuals were only five-speed. Many people also opted for the four-speed automatic. 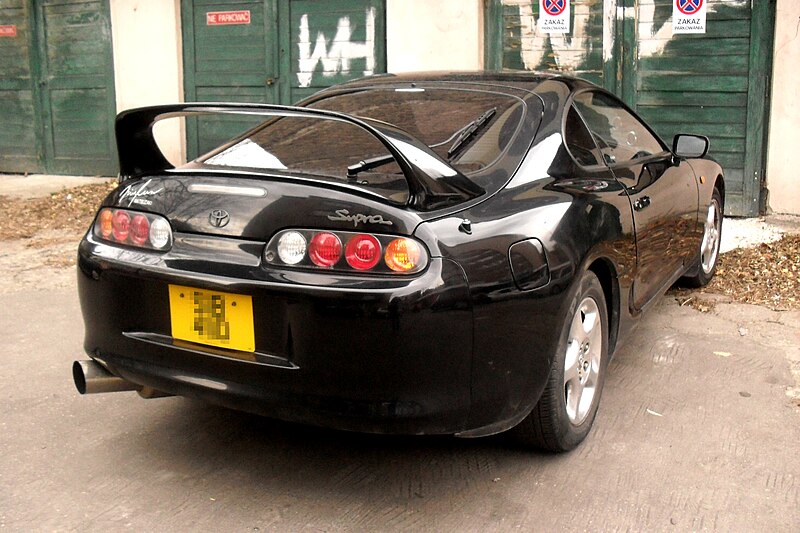 A plethora of luxury at no extra cost

If you buy a Currie Motors used Toyota, the Supra is without a doubt the most luxurious model to look out for. It featured luxurious and comfortable leather seats for a start. You also get all kinds of technology and features as standard. Examples include power windows and air conditioning.

You might think that almost all cars have such luxuries these days. But, this is a car built in the 1990s. They were often expensive options on most cars. Today, of course, you seldom have to pay extra money for those features.

An investment in the future

One thing to note about the Toyota Supra is that residual values are rising for this model. The Japanese car maker didn’t build many of them during the ten-year production run. And with some examples no longer on the road, the ones that are around are fast becoming more valuable!