Buying a car is a big life purchase. The only bigger cost in life is buying your house. When you buy your house, the value is probably going to go up. If you buy a brand new car, you lose huge amounts in the first year alone. Buying used is the only way to shield you against this cost. Here we go through some of the best selling saloons and see the cost of buying new.

The 3-series is out there right at the top it’s class. It’s also one of the best used car investments. Last year the car was the most popular used car out there. And, if you look at the figures, it’s not difficult to see why. If we take the the 320d M-sport as an example, in the first year alone the car will depreciate by as much as £15,000 if you buy new. Whereas in the following 3 years it’ll lose less than £9,000. Considering that the average driver only puts on around 10,000 miles a year, which has little impact on the capabilities of the car, the cost of buying new suddenly seems like a big premium. 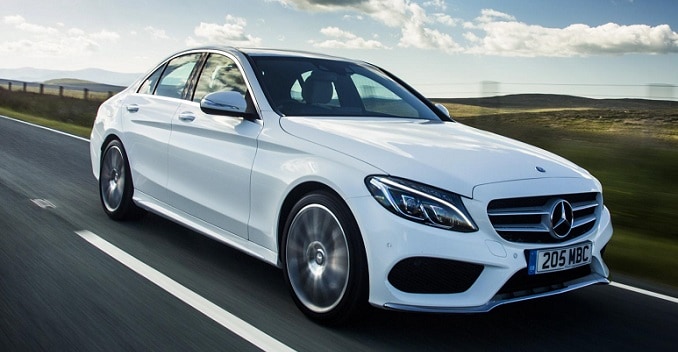 This executive compact Mercedes is as smooth as you like when you’re wanting to get around town in style. Plus, it’s also better for holding its value than an equivalent 3-series. However, even if you go for the middle of the range C180, you’ll be losing around £7-8,000 from buying new. With any Mercedes, the car will go on to hold its value extremely well in comparison to most manufactures out there. This is in part down to the exceptional levels of engineering and build quality that the Stuttgart-based manufacturer is renowned for. Obviously, this longevity is another great reason to buy a second-hand Merc. Average 1 year depreciation: up to 50%

The second Beamer on the list, the 5-series is often credited as being the number one all-rounder, whatever car you’re after. If practicality, refinement and sheer feel of the road are all on your checklist, there really is no beating this complete saloon car. In terms of depreciation, a new 5-series can lose up to half of its value in the first year, meaning if you opt for the 530d M Sport 4dr you’ll lose around £19,000. The costs of depreciation really starts leveling off after the first year. Are you not someone who commits themselves to one car for life? You’re going to be able to recover much more of your investment if you opt for a used equivilant.

Average 1 year depreciation: up to 52%

The Ford Mondeo is one of the best mainstream family saloons available. And, while it provides any owner with fantastic ride, responsive drive and Ford’s cutting-edge ‘kinetic design’, the value for money when buying new fairs significantly worse than more premium German counter-parts. For example, if you take the 2.2 TDCi Titanium 5dr, with a new price of around £22,200, the value after a year can fall by as much as £11,000 (50%!). With more mainstream models you really pay the price for buying it new. Again, the increase in depreciation really tails off after the first year, meaning it makes a lot more sense to buy your next Mondeo used. This will save you thousands.

The Passat, like any VW, has a proven reputation for being somewhat of a ‘steady Eddy’ in the depreciation stakes. However, even with an exceptional reputation for robustness and reliability that marks the German company as a great investment, you’ll still lose out. Buying new is still a sure fire way to throw your hard earned money down the drain. Taking the 2.0 TDI 140 Bluemotion 4dr CC as an example, you’ll lose £6,000 in the first year when purchased new from a dealership. Whereas in successive years, the Passat’s depreciation reduces significantly. This means you’ll lose less when it comes to selling it on.

*Prices based on WhatCar depreciation index